Sarah Ford, left, and her brother Tyler Ford, grieve as they exit the Church of Jesus Chirst Latter Day Saints after the funeral mass in memory of their brother Lance Cpl. Michael L. Ford as marines load his casket into the hearst. Funeral for Lance Cpl. Michael L. Ford a New Bedford marine that was killed in Iraq when the tank he was operating ran over an explosive device. The funeral service was held at Church of Jesus Christ of Latter Day Saints in North Dartmouth, MASS and the burial was then held at the National Cemetary in Onset, MASS. 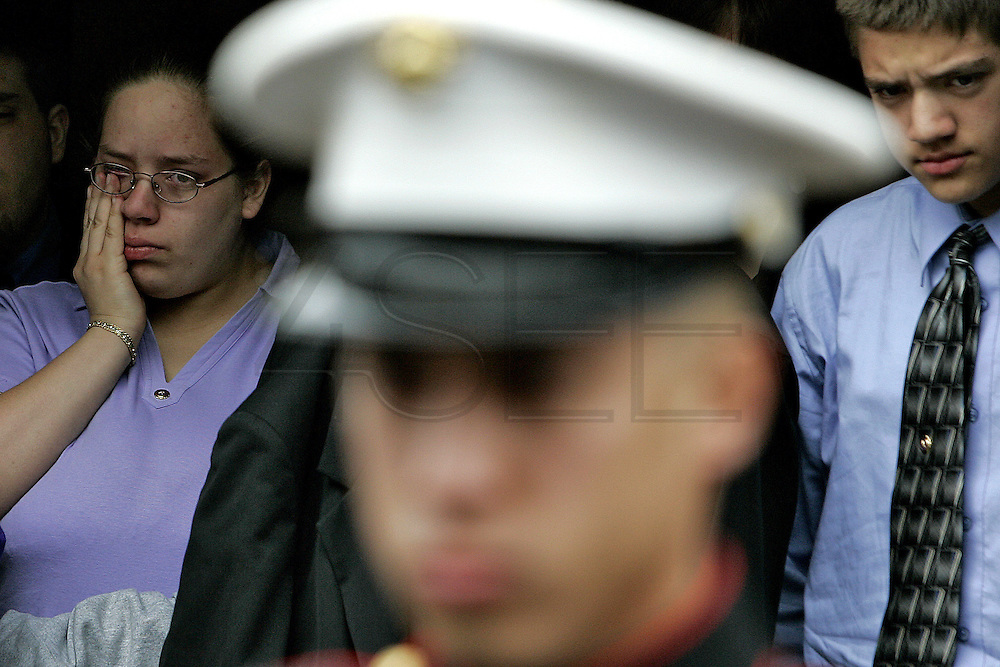