30/03/2016 - Medellin, Colombia: American tourist, Miguel Muñoz, 34, takes a photograph with his cell phone on the last room where Pablo Escobar was hidden before was killed. The former hideout was transformed a few months ago into a brothel populated on the walls with images of the famous drug lord. During the day tourists are allowed to visit the last place where Escobar was hidden and later killed. Tours focusing on the life and death of Pablo Escobar are becoming quite popular among international tourists that visit Medellín. In recent times more than 10 tour operators have started to give the tour, helped by the interest generated by Netflix "Narcos" series. (Eduardo Leal) 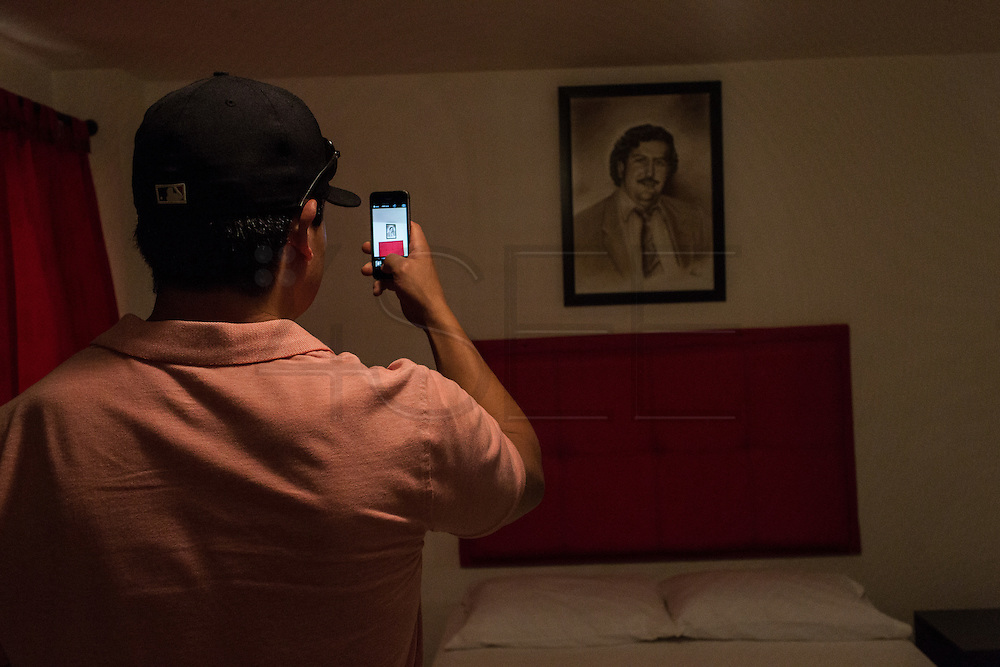