Ecce Homo from 1674 by Pedro de Mena. San Pedro church in Budia. Alcarria area. Guadalajara province. Castile - La Mancha. Spain.
2011 will be the 65th anniversary of Viaje a la Alcarria (Journey to the Alcarria). In the summer of 1946, seven years after the end of the Spanish Civil War, Camilo José Cela set out on foot to discover the heart of Spain. He chose Alcarria northeast of Madrid, because he believed that the region - peasant, simple, rustic - would suit his purposes: it was a place where nothing ever happened; it was a place remarkable for its Spanishness. This is travel writing at its best - picaresque in the tradition of Cervantes, elegiac, evoking a Spain that has almost ceased to exist. Regarded as his greatest book of non-fiction, Journey to the Alcarria should help establish why Cela, at the end of 1989, surprised an English-language readership unfamiliar with his work by receiving the Nobel Prize for Literature. 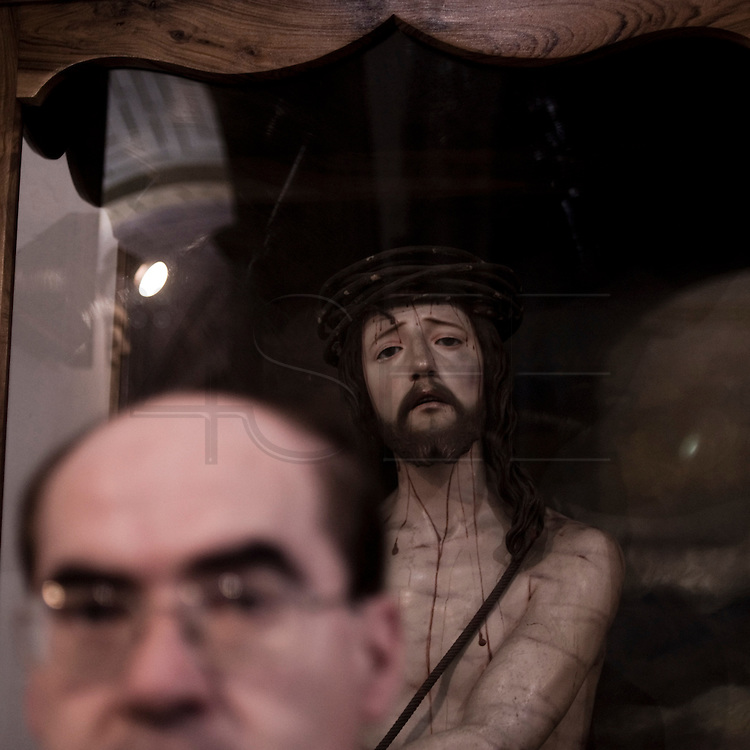