2015/11/20 - Medellín, Colombia: Hole in the ceiling on one of the lobbies in Monaco building, the former house of Pablo Escobar in Medellín. After Colombia's most famous drug lord death, people entered his former home and started to make holes on the walls and ceilings looking for hidden cash. Pablo Escobar once was named by Forbes magazine as the 7th richer man in the world. Tours focusing on the life and death of Pablo Escobar are becoming quite popular among international tourists that visit Medellín. In recent times more than 10 tour operators have started to give the tour, helped by the interest generated by Netflix "Narcos" series. (Eduardo Leal) 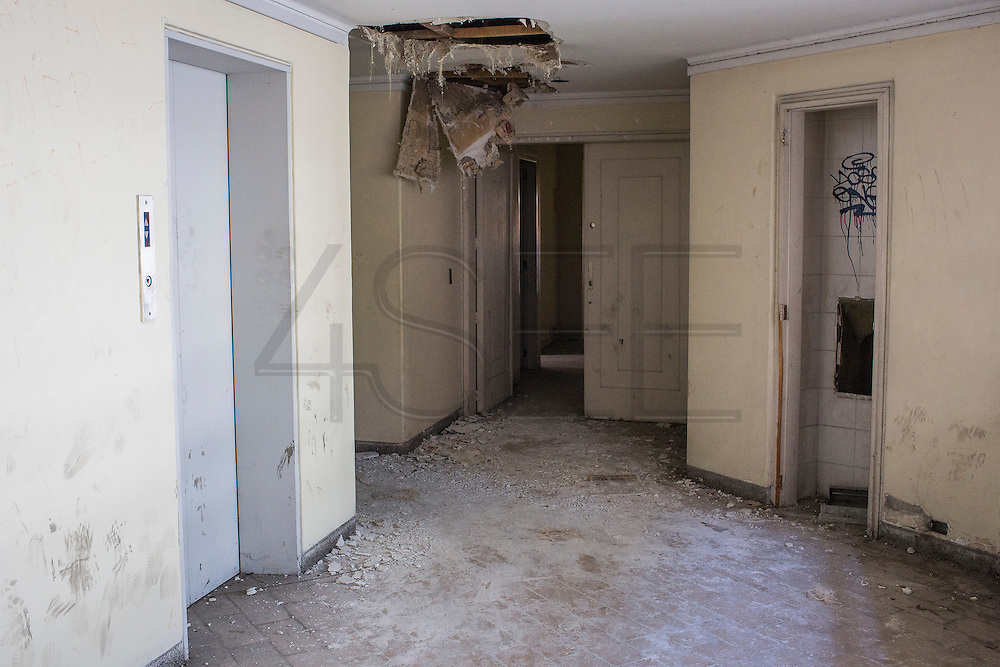