The Pakistani community in Barcelona condemns in a solemn act the attacks perpetrated by the ISIS on 17 August on the Ramblas and in Cambrils. About 200 people gathered to read a manifest that pointed as "cruel and cowards" the attacks, also repudiated all terrorist violence against humanity. The solidarity and sadness of this community towards the victims also became evident with messages of support and affection towards Barcelona, remembering that Barcelona is a peaceful city that went out massively to the street in a "Stop the War" in Iraq in 2003, a city that "lives and lets live". The Prime Minister of Pakistan sent a missive conveying his deepest condolences to the innocent victims and their families, a pain that for Pakistan is known due to the many terrorist attacks that has suffered. The event was held discreetly in a central area of Barcelona, but far away from the gaze of thousands of civilians who expressed their sadness in the Rambla de Canaletes. The catalan motto “no tinc por” meaning “I'm not scared” also was between the placards in this call.
Place: Jardins de les Tres Xemeneies. Date: august 19, 2017. Photo: Eva Parey/4SEE 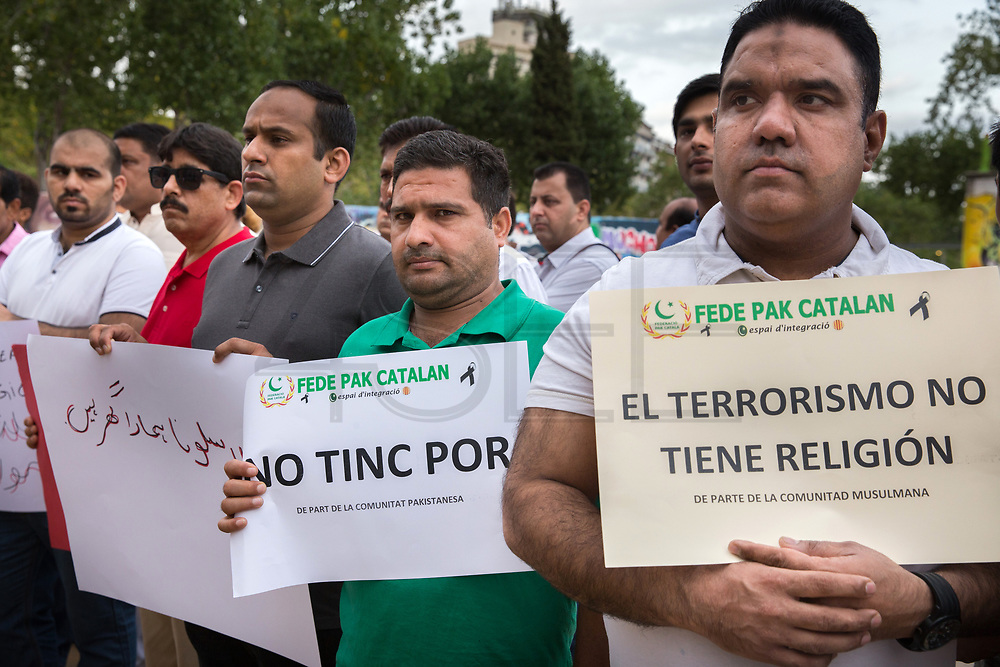