That day, the youngest of three brothers was the last to wake up. It was called Douro and awoke with a start, from a sleep that only do the rivers and, to date, only legends could witness. While the brothers Tejo and Guadiana, could quietly stream down the mountain, choosing softer land and plains, the Douro had to face the hard way, through the rocky canyons of northern Portugal.
Today, these images take the same stony path, perhaps to prevent that the river falls asleep. The construction of large dams tamed the course of the Douro, but in the riverbanks, the legend continues to endure with the eternal confrontation and dialogue that carved the rock, the mountain and the man.
Distant from the route of the river cruises where the water is just one more road, flat, between floodgates. I preferred to embark on a counter-current journey along the Douro and its tributaries (Támega, and Corgo).

Still life or artificial construction that with time became simple artifice. A journey in search of the humans transformed by the rock and a landscape petrified by the absence of local people.
The course of the river is the only thread of this route without a guide, where the mirror-like waters may be merely a reflection of its inhabitants. Waking up late but waking up on time to track down this river that carved rocks and dilutes people in hard (Duris in Latin) water (Dur in Celtic). 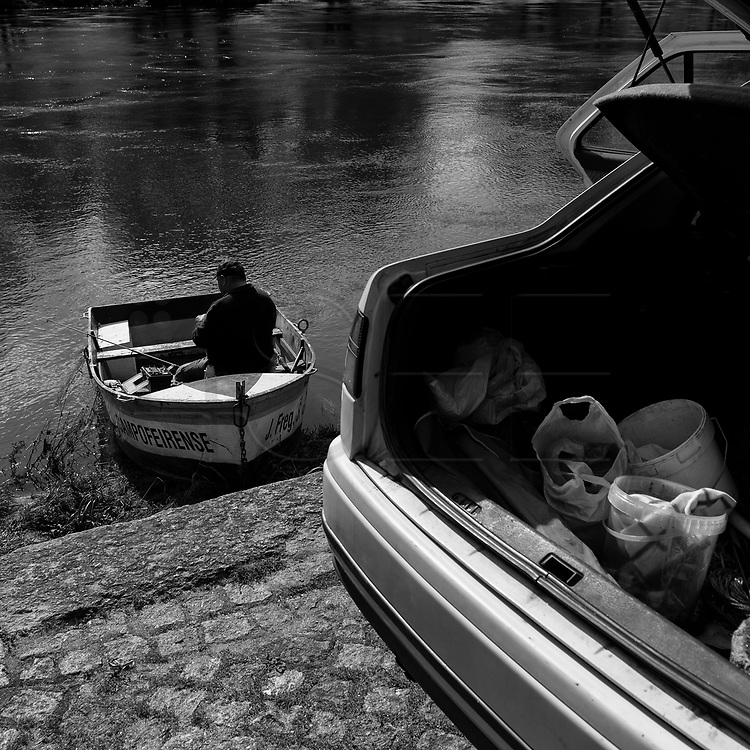