A woman in the unemployment office of Nou Barris district is waiting to be attended while the office is ocupied by strikers. // Spain’s Marchs for Dignity has organized an ocupation of the unemployment offices –INEM- on the eve of May 1st International Worker’s Day. With the motto “bread, work, roof and dignity”, a total of 400 unemployment offices has been occupied by different movements during two hours (11h to 13h) in the Spanish State. 6 millions of people are unemployed in Spain, many of them don’t get the public assistance from the adminitration and others receive the minimum amount of 426€ at a month. 30th April. 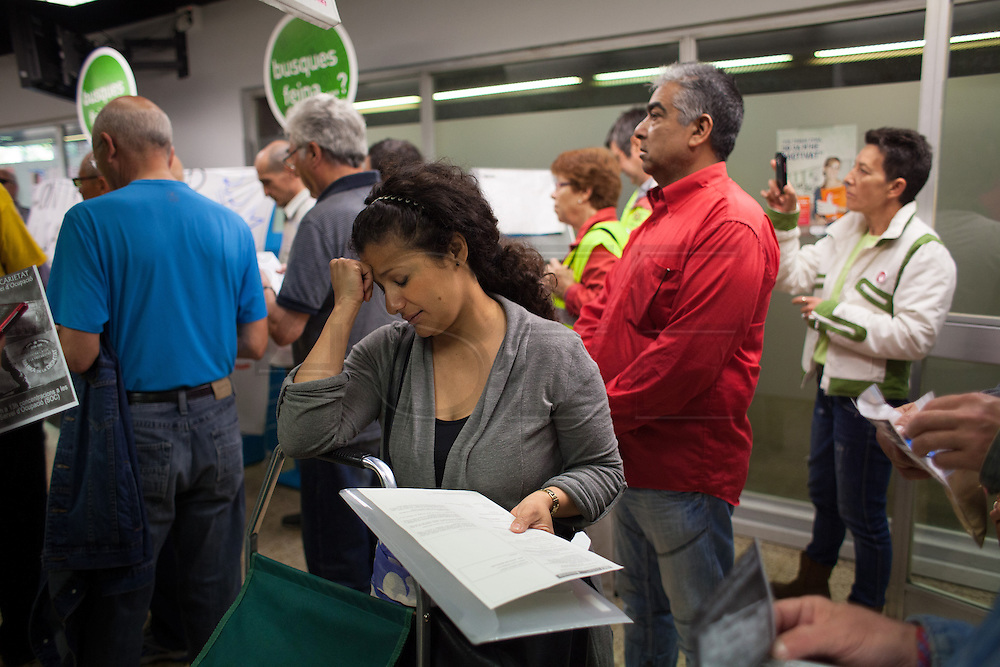