Athens, Greece - A group of immigrants waiting for the gate opening of the Municipal soup kitchen. In 2010, according to official figures, about 133 000 migrants were apprehended illegally crossing into Greece (by land and sea). The number fell in 2011 (81 000 apprehensions in the first ten months). Since 2010, most apprehensions have occurred at the land border with Turkey. (source: Organisation for Economic Co-operation and Development - OECD). Greek economical crisis started in 2008. The so-called Austerity measures imposed to the country by the “Troika” (European Union, European Central Bank, and International Monetary Fund) to reduce its debt, were followed by a deep recession and the worsening of life conditions for millions of people. Unemployment rate grew from 8.5% in 2008 to 25% in 2012 (source: Hellenic Statistical Authority).
Bruno Simões Castanheira 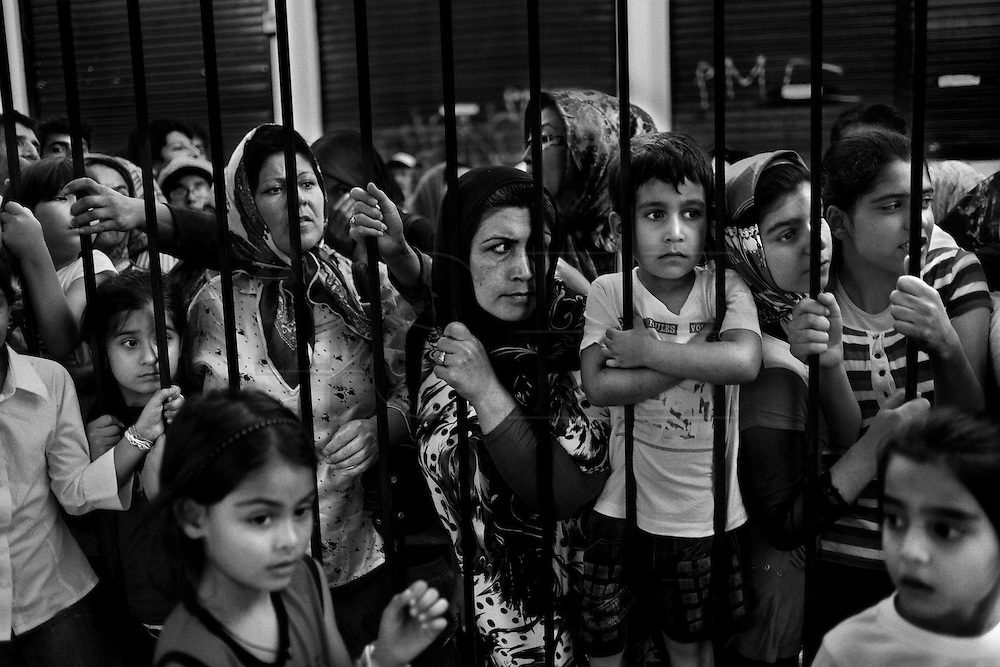