Huge protest in Barcelona to demand the government allow more refugees into Spain and Catalonia. The demonstration it’s supposed to be the higher in Europe till the moment. Nearly 500.000 persons quoted by local media, 160.000 quoted by the police. Marchers have carried placards and banners with messages in catalan as “we want to host refugees”, “no more excuses”, open the borders”. Refugees have participated in the march carrying placards with “we don’t want to be used”, “more solidarity”. The protest has ended into the sea, with a performance carried by the NGO Proactiva Open Arms, where a group of few people have been rescued from the sea. Between the organizers also there were refugees. Since September 2015 Spain has accepted 1.100 refugees although promised to take in up to 17,337 in these two years. 18th February, Barcelona. 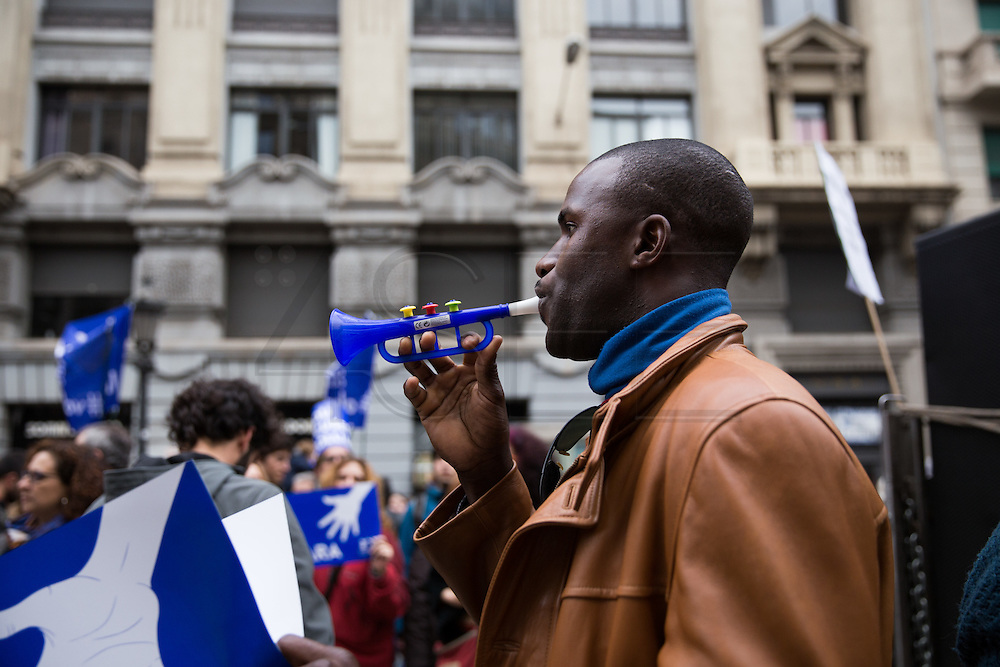