Celebration of the illegal referendum of Catalonia the 1th October. People have come to schools early at 5:30 am to keep the police from closing the school before voting starts. Long queues have built up at the door until the school has opened at 9:00 am. The first two hours in the morning there have been many informatic problems with the application to count the votes. People expected frustrated thinking that they could not vote. While in some schools of Barcelona and Sant Julià de Ramis there have been police charges, in Mataró people were voting under the threat of receiving a visit from the Civil Guard or the National Police and closing the schools. The Thos i Codina Institute of Mataró has organized activities in the afternoon to gather people and avoid closure. Finally, in the city of Mataró, no ballot boxes have been requisitioned and the final count has been made, with a 90.1% vote in favor of Catalonia's independence. Photo: Eva Parey/4SEE. 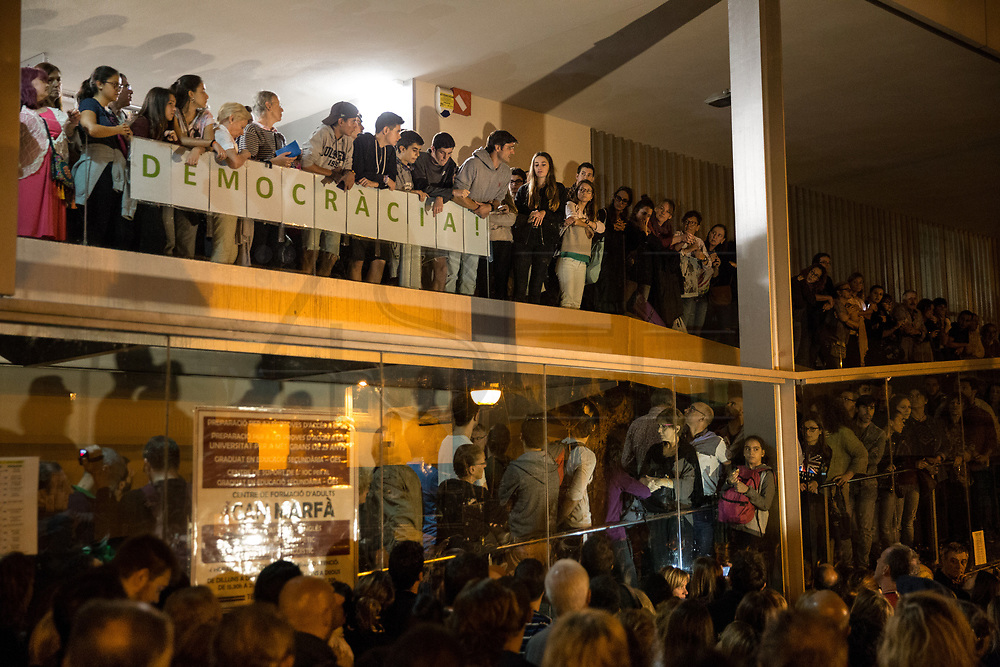