Kids watching fireworks during the Vegetarian Festival in Phuket, Thailand. Every year during the ninth lunar month of the Chinese calendar, the Phuket Vegetarian Festival kicks off. The religious festival in Phuket, Thailand, lasts for 10 days, during which sacred rituals take place in the many Chinese shrines and temples. Walking on fire and climbing ladders with bladed rungs barefoot are two of several rituals believed to bring good fortune. The main purpose of the festival, however, is spiritual cleansing and merit-making. A chosen few among the participants, called warriors, will pierce themselves with objects such as nails, swords, and knives. The piercing takes place in a shrine and is followed by the most spectacular part of the festival, the street processions: just like in a parade they file along the streets of Phuket, with groups of one or several pierced warriors leading a number of people behind them. Onlookers throw fireworks at them as they pass; these are intended to be as loud as possible as the common belief is that this will banish evil spirits. The warriors walk and dance in a trance-like state, unshaken by the noise. 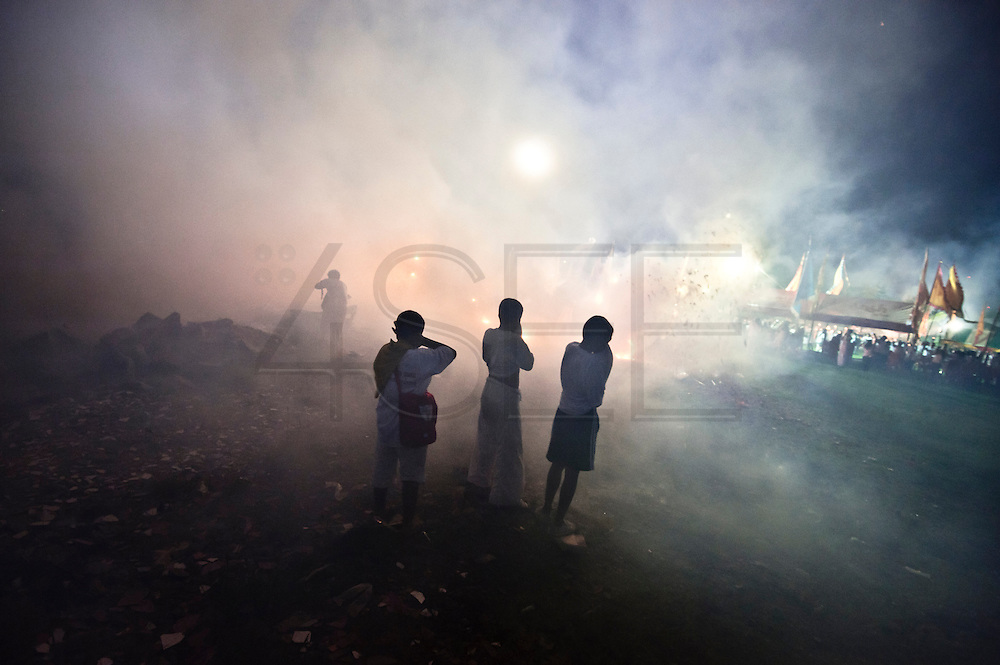