A man climbs the Lisbon subway stairs heading to a demonstration that celebrates the popular revolution that overthrew, in April the 25th 1974, the fascist dictatorship of Oliveira Salazar, giving place to democcracy. This year the holiday was marked by protests against further auterity policies and loss of sovereignty on internal decision making to foreign creditors. In the staircase wall leading to major city square a grafitti expresses, in vernacular language, rejection over further economic sacrifices demanded to the Portuguese people. 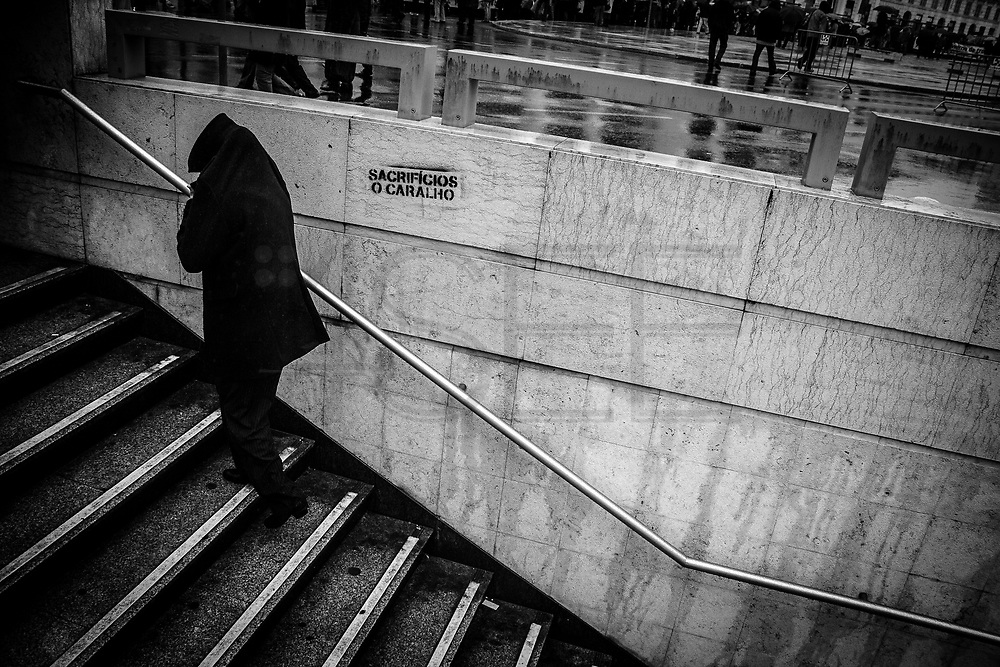