The Queimada do Britos oasis on the Lençois do Maranhão National Park, where the Brito family lives. Usually the only access is by walking a few hours. No one really knows when the village was founded but the legend says that the founder Manuel Brito, when running away from home due to a drought that was scorching his homeland, he ended up settling down in the only non-sandy portion of the Lençois. Generations later everybody is a relative, cousins intermarrying frequently as a normal course.
In Queimada dos Britos around 60 people live, but the locals are not sure, since there is always someone going away or coming back. They live of fishing, which is two hours away. In the winter they breed fish on the lagoons, and cattle and goats that run free on the dunes. They have a small garden for farming but nothing major since they are afraid of the accelerating advance of the dunes that have already covered several houses. 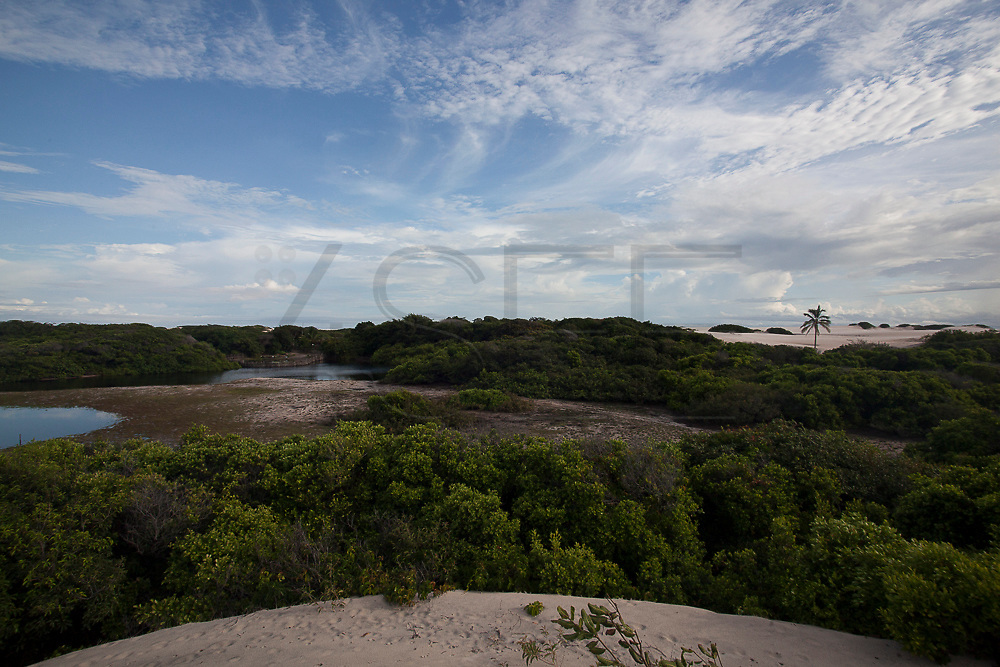