A protester throws stones at Portuguese parliament guarded by riot police in front of the Portuguese parliament during a demonstration against further austerity to be implemented by the government. Portugal is known by it's peaceful revolution that overthrew the fascist dictatorship of Oliveira Salazar in 1974. However, unprecedented violence caused by anger and helplessness is starting to arise in a country where scenes as the one depicted are rare. 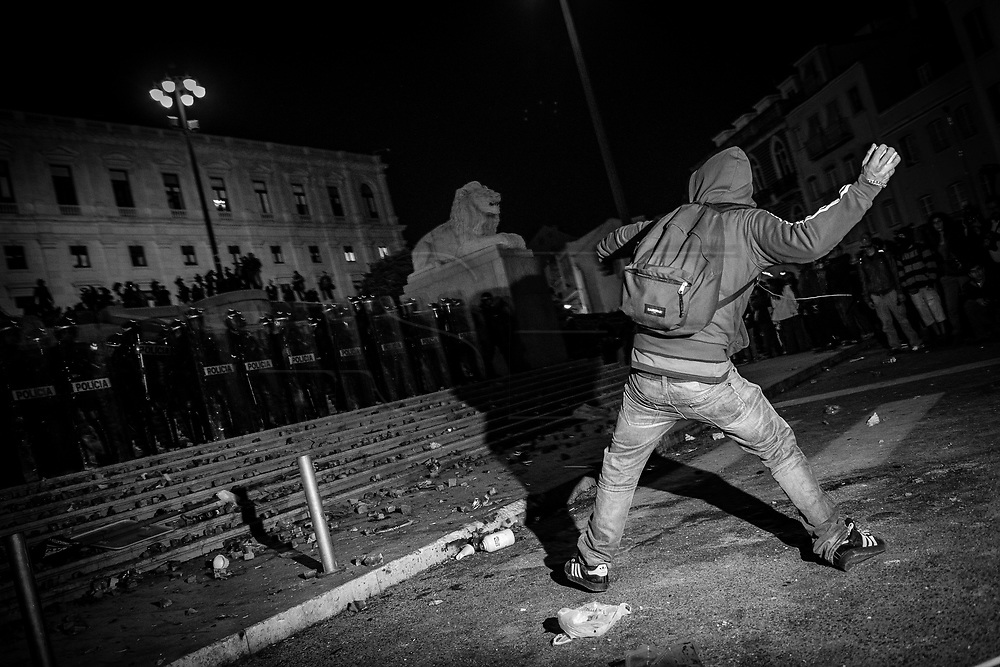