Locals praying inside a shrine during the Vegetarian Festival in Phuket, Thailand. Every year during the ninth lunar month of the Chinese calendar, the Phuket Vegetarian Festival kicks off. The religious festival in Phuket, Thailand, lasts for 10 days, during which sacred rituals take place in the many Chinese shrines and temples. Walking on fire and climbing ladders with bladed rungs barefoot are two of several rituals believed to bring good fortune. The main purpose of the festival, however, is spiritual cleansing and merit-making. The origins of the festival date back to 1825, when a traveling Chinese opera company came to Phuket to perform for the miners there. An epidemic broke out and as the members of the company fell sick, they adhered to a vegetarian diet to honor two of the Emperor Gods, Kiew Ong Tai The and Yok Ong Sone Teh. When they became well again shortly thereafter, the people of Phuket followed the companyÕs example - and have celebrated the festival ever since to bring good luck to their communities. 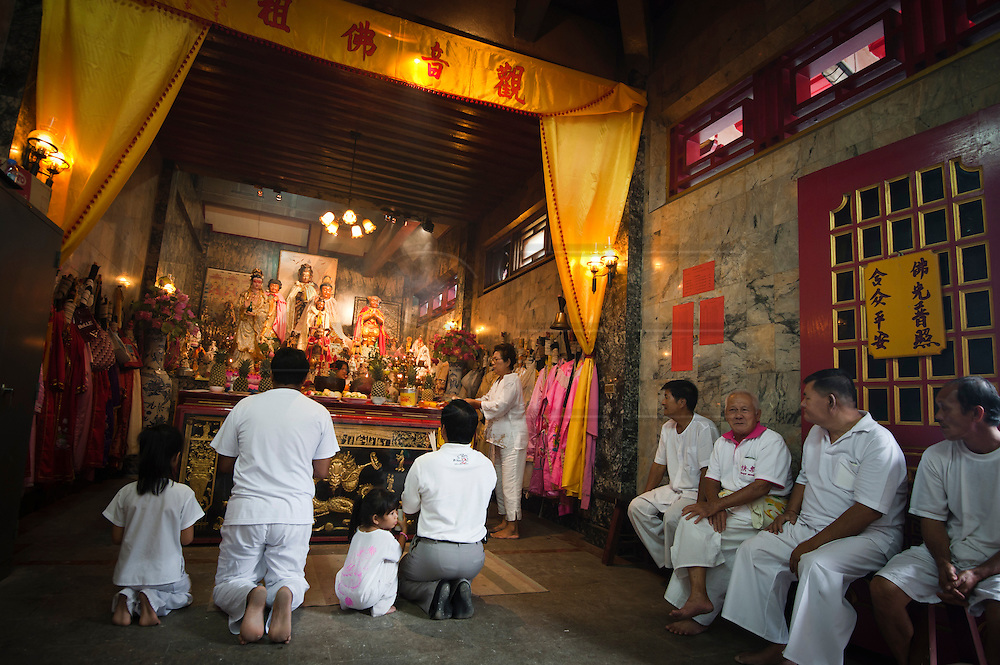