The top of the Aguas Livres aqueduct in valle de Alcantara arches. Since its foundation, the city of Lisbon had problems with the supply of drinking water to the population. In order to solve this problem, in 1731 King John V begins the contruction of the long-touted "Aguas Livres Aqueduct" wich has its construction completed in 1748, from this moment Lisbon would have 3 times more water than previously available.
The aqueduct extends over 14,174 meters and consists of 127 arches along its route. Of all the arches, the most known is the one in the valley of Alcantara, the Arco Grande, is 65 meters high and is the largest pointed arch in the world.
The other reason that made the Aqueduct famous is to have been the stage of nineteenth century's most famous serial killer in Portugal, Diogo Alves. Born in Spain, came to live in Lisbon at a very early age, known as the "Assassino do Aqueduto das Aguas Livres" or also "Pancadas". Diogo Alves is thought to have robbed and thrown from the Arco Grande area more than seventy people. No one ever found out how he got the key to enter the aqueduct and commit the crimes.
Diogo Alves was convicted and hanged in 1841. His head was stored in formalin at the time so that medicine could studie his and be able to characterize the mind of a criminal.
In 1911 is presented to the public the film "Os crimes de Diogo Alves," the first Portuguese fictional film. 15/01/2012 NO SALES IN PORTUGAL 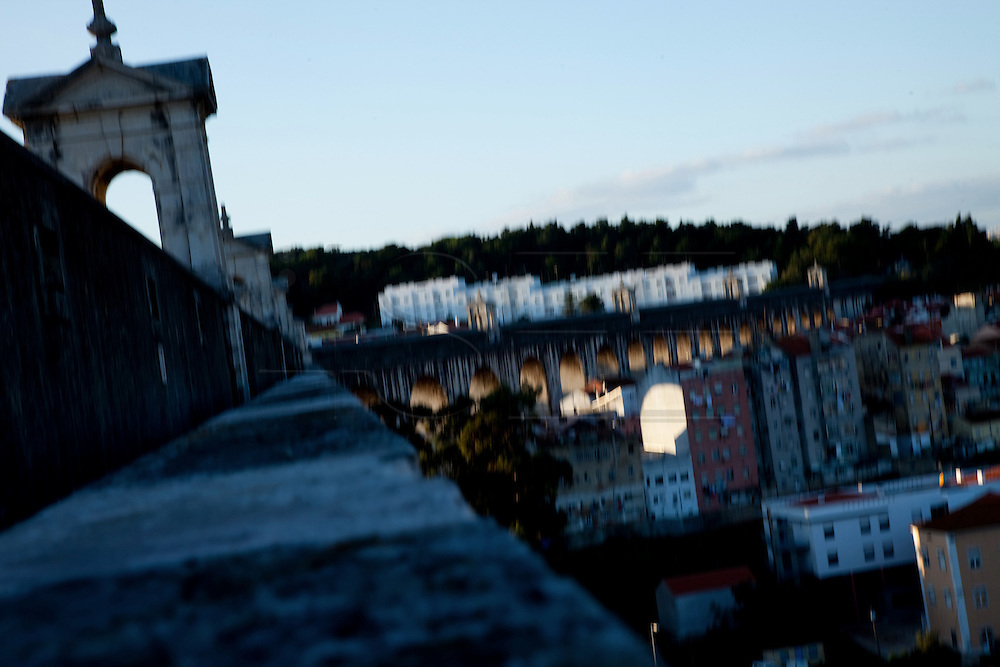